The rise of social media platforms is phenomenal. They are now among the largest and most powerful blue-chip corporations globally, yet the companies are relatively new to the business world i.e. Facebook, with a market cap of $562.95bn, was formed in 2004 and Twitter came along 2 years later.

Many of these firms have already saturated the various social media channels, however, technology innovators do not stand still. A strong desire to be global leaders and to exceed stakeholder expectations is in their DNA and an area identified as ripe for change is financial services, especially payment facilitation.

Barriers to entry in financial services are, quite frankly, off putting. Costly regulation, massive supporting infrastructure and the need to operate globally have protected the incumbents for decades. However, titans of the tech world and small innovators such as True Potential have decided they have what it takes to be winners.

While we have challenged large savings and investment business, Facebook is leading the charge in payment facilitation. In early May they announced that WhatsApp, their messaging subsidiary, had chosen London as their base. They have started to assemble a new team to develop a payments system from scratch. In an even bigger move they have stated that in just one year they will launch a new cryptocurrency. The currency’s name is ‘Libra’.

A cryptocurrency is a digital currency that uses cryptography for its security method making it difficult for counterfeiting to occur. The first and most widely known cryptocurrency available is Bitcoin. It gained notoriety when the price of its ‘coins’ surged to over $18,000 and then collapsed to under $8,000 in a relatively short period. The chart below tracks the history of its phenomenal rise, collapse and recent surge again.

A key difference between Libra and Bitcoin is that Libra will be backed by a reserve of low-risk assets, such as bank deposits and US treasuries. Reserves will be provided by partners of the Libra Association. The association includes companies like Mastercard, Visa, Uber, eBay and PayPal.

To prevent volatile price swings Libra will not have a price cap, unlike Bitcoin which has a limit, or cap, of 21 million coins; of which around 3.2m is currently ‘unmined’. This constraint on supply is thought to have encouraged speculators to push up the Bitcoin price. The Libra Association will eventually have over 100 contributors providing substantial backing for its currency and hopefully making Libra more stable.

Therefore, Libra is not for ‘mining’ speculators. It is designed to allow individuals to store, spend and transfer money with close to zero transaction fees. A new subsidiary, Calibra, a development company within Facebook, will house the project and one of Calibra’s initial jobs is to pair with cryptocurrency exchanges and liquidity providers. This will allow traditional currencies to be exchanged into Libra. Thereafter, any company can open a ‘wallet’, a digital account used to hold cryptocurrencies, and business transactions will take place via Libra ‘coins’ potentially without limit.

On the consumer front Facebook currently reaches a third of the world’s population. With this capacity they hope to offer payment facilitation services to individuals around the globe. They are deliberately taking aim at people who do not own a bank account, anticipating that physical cash will be exchanged for a code loaded onto a mobile and then used for online payments.

The market for unbanked individuals is enormous. Advisory services company Findex estimate that 1.7 billion adults do not have a bank account, but two-thirds of them own a mobile phone. 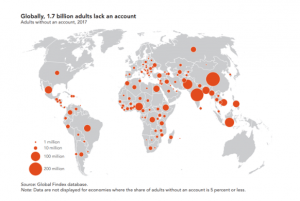 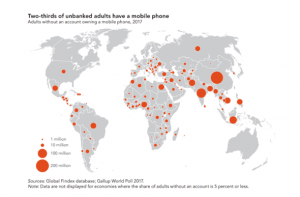 Facebook’s success as a social media platform makes a rapid uptake of Libra seem feasible. If so it will likely change the landscape for electronic payments much faster than previously thought possible. Financial regulators will play a large role and will have to move faster than they have done in response to existing cryptocurrencies.

Cryptocurrencies have worried potential users and regulators for having the ability to operate outside the existing regulatory framework. This means Facebook will have to do the opposite, proving to regulators it is able to follow strict anti-money laundering and fraud policies which make up key component of modern-day financial regulation. A big regulatory hurdle is partnering with local businesses who facilitate the exchange of cash for codes. They will likely require licensing which may ultimately prove difficult as it can sometimes take years to get regulatory permissions.

Facebook is not unaware of nor immune to regulation. In social media the increased need for protection of data places enormous pressure on the firm and has even ended up with Facebook CEO, Mark Zuckerberg, defending the firm’s practices in front of the US Congress. The financial world has its own peculiarities and Facebook needs to build the trust of users in what will be a very different type of environment for them.

Facebook have taken steps to ease nerves stating that the technology and infrastructure behind Libra make a ‘big hack’ unlikely. However, after the Cambridge Analytica data scandal it will take Facebook time and effort to win back trust. Once overcome Libra may become the first cryptocurrency to command global and common usage.