True Potential LLP is one of the UK’s most innovative financial services groups. We currently work with close to 20% of UK financial advisers and provide products and technology to over 1.4 million private clients. 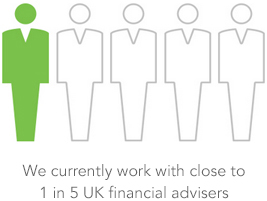 Our aim is to revolutionise the way wealth management is delivered. We believe that by using technology to deliver financial services, we empower financial advisers and their clients to take control of their futures.

We were named named the Best SIPP Provider, and the Best Support Service Provider at the Money Marketing Awards 2022.

We published our 2021 Annual Report which showcases the results of our best ever year doing business.

We have been named the ‘Best Online/Mobile Access‘ at the City of London Wealth Management Awards 2022.

You can read about our trip here.

We raised close to £400,000 for various charities in partnership with The Harrison Foundation throughout 2021.

We surpassed £20 billion of client assets on the True Potential Platform.

True Potential Investments were named ‘Best SIPP Provider’ at the Money Marketing Awards 2021. Praising our support throughout lockdown, technology advances, and service to advisers and clients.

Published our 2020 Annual Report which showcases the results of our best ever year.

We have been named the ‘Best Fund Platform‘ at the City of London Wealth Management Awards 2021.

We were also highly commended in both ‘Best Market Newsletter’ and ‘Online/Mobile Access’ categories which is a huge first time achievement for us.

True Potential Investor has been named ‘Best for Digital ISAs‘ in the ‘Best Buys 2021 Awards’ by Boring Money.

True Potential finished top of the Next Wealth Platform Leader Board and were named a ‘Digital Process Champion’.

True Potential is one of the first businesses to sign the C-19 Business Pledge, a national initiative to tackle the effects of the coronavirus. It was co-founded by our Chairman, David Harrison.

True Potential won the ‘Best Use Of Technology’ award at the Schroders UK Platform Awards 2019, celebrating achievement in platforms and technology.

True Potential have been named as the National Winner of the Chairman’s Selection Award 2019 at the European Business awards.

True Potential Wealth Management has been voted the nation’s most popular advice firm, according to VouchedFor.

We had 8.2 Billion held on the platform

Most Innovative Financial Services Group at the 2018 UK Enterprise Awards.

Became the first company to win two European Business Awards at the 2017/2018 event held in Warsaw. This time we were awarded ‘European Public Vote’.

Won ‘Best Platform for Innovation’ at the Platform Awards. Also, we were highly commended for Best Advisor Platform under £10bn.

Released our True Potential Portfolios to all financial advisers.

Demonstrated impulseSave® live on stage at FinovateFall 2014, a leading financial services technology conference. As one of only five UK-headquarted companies at the conference, it was a proud moment for everyone at True Potential.

Launched online investment service, True Potential Investor. This direct-to-consumer service offers ISAs, GIAs and personal pensions on a non-advised basis to the general public. Much like our client sites, investors can manage their investments online and top up their accounts with impulseSave®.

Launched impulseSave®, a first-of-its-kind technology that allows investors to add as little as £1 to their existing investments. By offering impulseSave® online and via our tablet and smartphone apps, we empower our clients to top up their investments on-the-go and reach their financial goals.

Launched the True Potential Centre for the Public Understanding of Finance (or True Potential PUFin for short) in partnership with the Open University Business School. The centre aims to empower the UK public to better understand their personal finances. One of PUFin’s first acts was to develop a series of free online personal finance courses to help the public learn more about their money.

Undertook our first survey of the UK’s savings habits and uncovered some surprising information. The ‘Savings Gap’ in the UK runs deeper and wider than people think, with many under-prepared for retirement.

Further quarterly surveys have delved deeper into the savings habits of the nation, each producing their set of shocking results.

Launched our Wealth Platform, built entirely in-house, to provide an integrated investment solution for UK financial advisers and their clients.

Our board of directors is responsible for overseeing the activities of True Potential LLP. 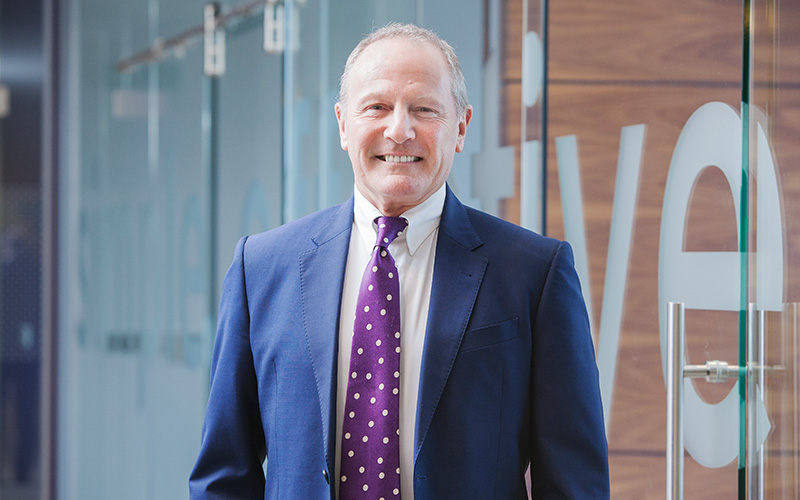 In 1997, David founded financial services firm Positive Solutions and grew the business to the largest in the country, representing 1,900 independent financial advisers (IFAs), with a turnover of £114 million and profits in excess of £1 million a month.

In 2007, David became Managing Partner of Newcastle-based financial services group True Potential LLP, which had a turnover of £67 million in 2020 and currently employs over 300 staff and Partners.

David oversees the strategic and key business decision areas for the Group and is a crusader for technological advances in financial services. His vision is to foster a nation of educated savers who set clear targets for their future and use technology to reach their goals.

He also believes in the value of building the right savings habits and accessing investments in a way that suits savers’ lifestyles. This has led to the development of world-first technology such as impulseSave®, which helps savers top-up their investments from anywhere in the world with as little as £1 at a time.

David invests in technology, chiefly by hiring the brightest developers from the three world-class universities on his doorstep.

He is a regular commentator on the UK’s savings gap crisis and has featured in coverage by the BBC, The Times and The Guardian.

David also co-founded the Harrison Foundation and the C-19 Pledge.